Thank you to all the fans. As I prepare for another season of touring, I am so fortunate and honored that my music has meant so much to so many people throughout the years as I have worked with some great producers and songwriters.,” says Janie Fricke. “Now, as I get to go out and sing all those hit songs for the fans at concerts, it really brings back memories from when I made those records and I am just glad that the fans continue to come out to the shows to hear them. 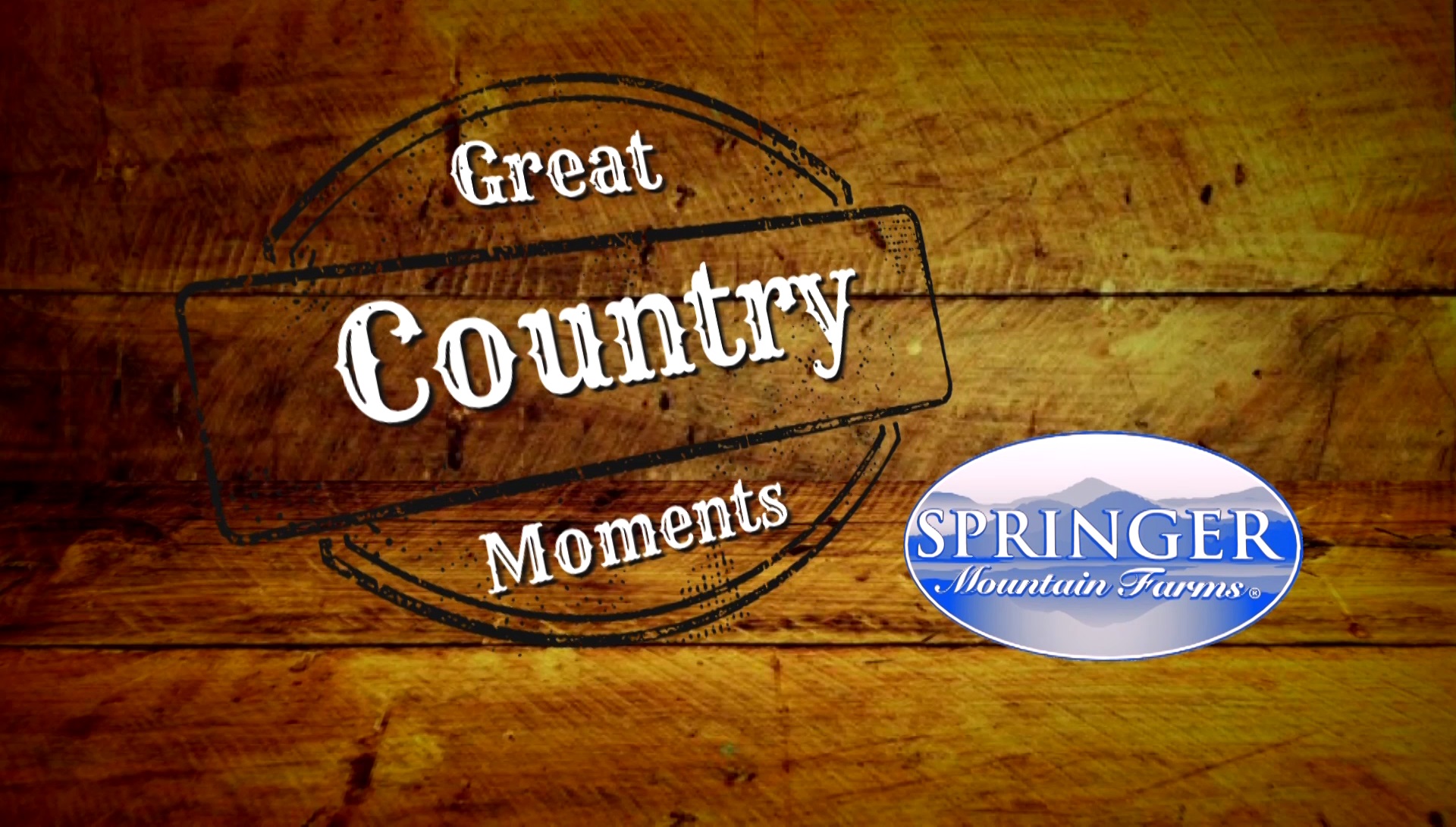 Through the one-of-a-kind story segments, the featured country stars will take viewers through some of the best times of their career and reveal emotional, exciting, and memorable moments that fans have never heard first-hand. Along with the videos will be trivia questions that viewers can answer to enter a contest to win a variety of prizes. A grand prize of a free FREEZER FULL OF CHICKEN will be given away to one lucky winner who participates in the trivia contest.

The “Great Country Moments” series features a new video being released each week. The recipe segments will reveal the artist’s favorite homemade recipes using Springer Mountain Farms® chicken, along with a written recipe that will be available to viewers. Some of the stars featured in the series include Charlie Daniels, The Oak Ridge Boys, Tanya Tucker, Ronnie McDowell, Jeannie Seely, Deborah Allen, Jimmy Fortune and many more.

About Springer Mountain Farms®
Springer Mountain Farms® is a family owned business that has been raising chickens for over 40 years. Years ago in the hills of Northeast Georgia, our founders started selling chickens in the back room of their grocery store. They built the company on strong values and kindred relationships within the farming community, and all of the farmers, with up to forty years of experience and third generation families, take great pride in what they do to raise the finest chicken on the market today. Over the years, through studying and learning about the benefits of better animal care, better living conditions, and more stringent biosecurity practices, Springer Mountain Farms® became the first poultry producer in the world to gain the endorsement of American Humane Association thehumanetouch.org under their American Humane Certified thehumanetouch.org program. We exercise great care in all that we do, and we know you’ll be able to taste the difference. “Great Care. Great Taste.” 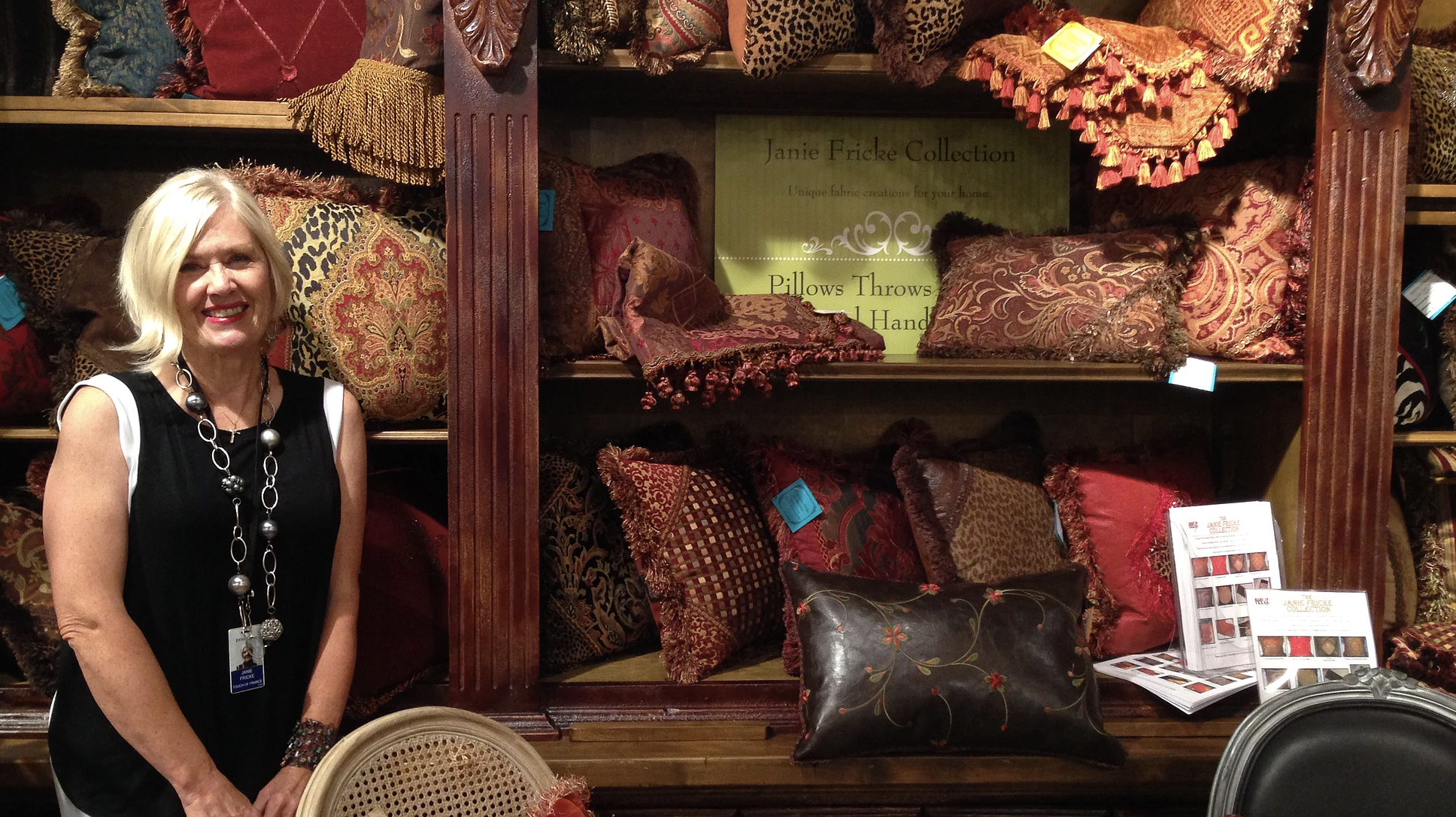 DALLAS, TX (July 2, 2015) – Janie Fricke, a two-time “CMA Female Vocalist of the Year,” past Grammy nominee, and a voice of some of the most recognizable advertising jingles ever, has yet another passion, textiles and fabrics.

The Janie Fricke Collection is a line of fine home accents, whose fabrics are personally selected and cut by Janie herself to create one of a kind designs. Janie has turned her life-long knowledge of fabric and sewing skills, a family tradition, into the Janie Fricke Collection. This specialized high end brand of products includes decorative pillows, throws, table runners, seasonal items as well as a line of customized “bling” items that she terms “ranch chic.”

“My mother and grandmother sewed so I’ve been doing this since I was very young,” says Fricke. “They never really taught me but I just watched and started to pick up on it, and have always made my own designs. I’ve made things for friends and family for years but someone pushed me to start my own collection and it’s turned into a second career.”

JFC is carried in specialty boutiques around the country and is showcased in the Dallas, TX showroom Touch of France, located in the prestigious Dallas World Trade Center. Items are available at JanieFricke.com for retail and wholesale market buyers. With the popularity of her line, Janie has recently launched janiefrickecollection.com specifically for professional interior designers highlighting her products and fabrics.

“Touch of France has been a great place to showcase my goods, especially during the Dallas Total Home and Gift Market which begins June 24, 2015. Buyers from all parts of the country converge in Dallas to purchase goods to supply major retail outlets. I am constantly working juggling my music career and working on this line of home goods,” continued Fricke. “I’ve always been a performer so building this whole other business on top of that has been a challenge but it’s great to share my other creative outlet.”

Raised on a farm in Indiana, Fricke began singing in church, and later turned that talent into a career which began as one of the marketing industry’s most successful jingle singers. Long before her success as a country artist, millions of people became familiar with Fricke’s voice through ads for United Airlines, Coca-Cola, 7-Up, and Red Lobster. She soon became a session singer where she was singing background in the studio with some of the biggest country stars of the late 70’s and early 80’s, including Loretta Lynn, Eddie Rabbitt, Crystal Gayle, Ronnie Milsap, Barbara Mandrell, and Mel Tillis.