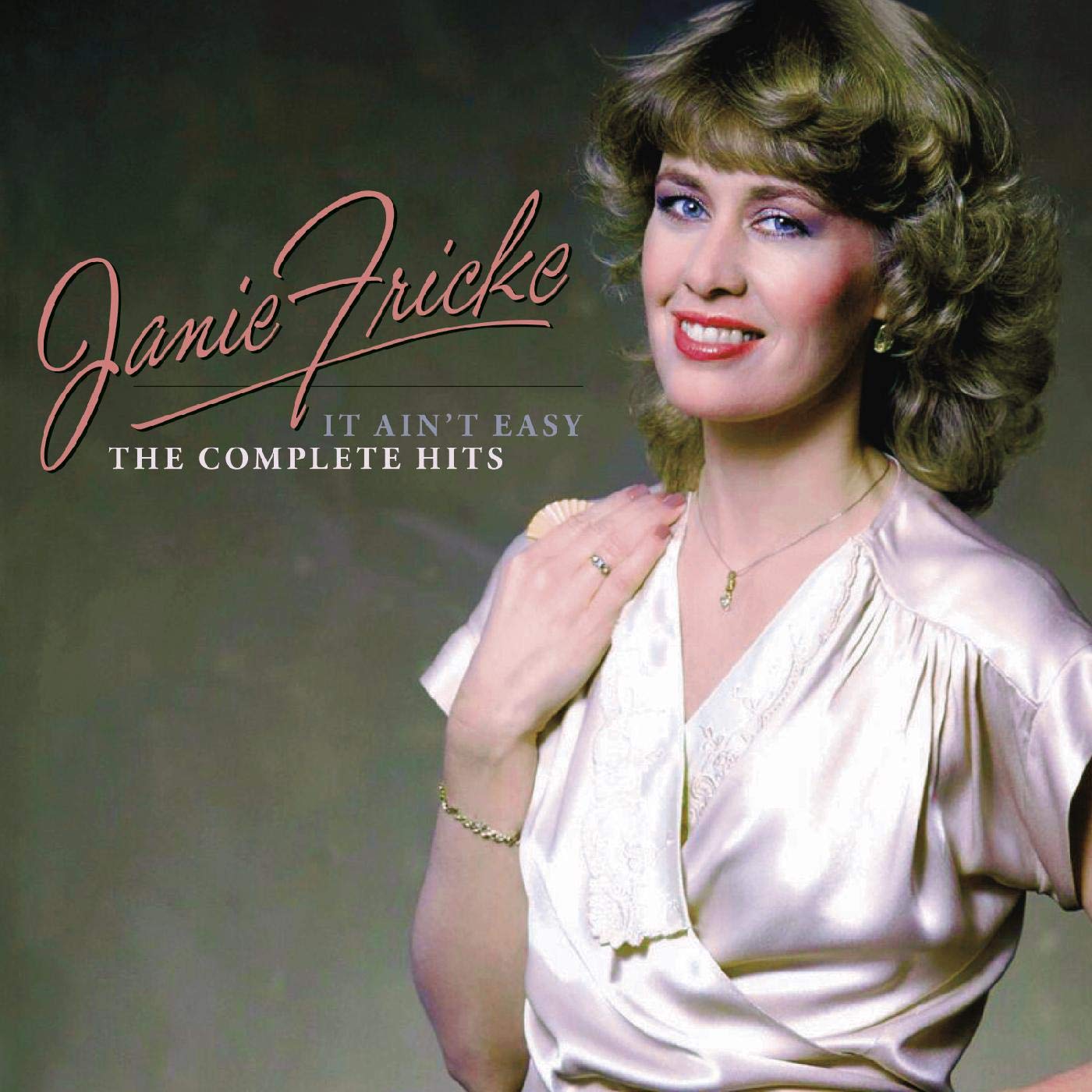 NASHVILLE, Tenn. — Two-time CMA and ACM Female Vocalist of the Year Janie Fricke announces the release of ‘It Ain’t Easy: The Complete Hits’ through Real Gone Music on August 9. This 41-track, 2 CD compilation includes many of her 18 number one hits including “What’re You Doing Tonight,” “It Ain’t Easy Being Easy,” “He’s A Heartache (Looking For A Place To Happen),” “Tell Me A Lie” and more. All forty-one songs released on ‘It Ain’t Easy: The Complete Hits’ will be available at Amazon.com. Also included are popular duets with Johnny Duncan, Merle Haggard, Charlie Rich, George Jones and Larry Gatlin.

“It is with thankfulness and sheer pride to see this project appear at a time in my life when I least expected such a special gift,” says Janie Fricke. “The team who researched my recordings worked many hours to come up with choice songs from my recorded repertoire. As I look back to those years of hours spent in the studio with the best producers, musicians and engineers, I never dreamed that it would become a pretty package all wrapped up, presented to me and the world in 2019.”

In recent years, Sony Music Entertainment made four of Fricke’s classic albums available to fans on Spotify, Apple Music and other digital platforms via the Legacy Digital Vault campaign, including The First Word In Memory, The Very Best of Janie Fricke, Black & White and Saddle in the Wind! The collection of albums features the 18-time chart-topper’s biggest hits, including “It Ain’t Easy Being Easy,” “Tell Me a Lie,” “She’s Single Again” and more. Legacy Recordings also released The Essential JANIE FRICKE to all digital service providers earlier this year.

In addition, Fricke put a bluegrass spin with some fresh interpretations to many of her beloved tunes with the release of Country Side of Bluegrass. The 13-track collection was produced by Bil VornDick, whose credits also include Alison Krauss, Bela Fleck, and Marty Robbins, and features some of the finest pickers in the industry.

Suggested Tweet:
.@RealGoneMusic to release #JanieFricke’s ‘It Ain’t Easy: The Complete Hits’ on CD through Amazon on August 9th